Who remembers Lego Fabuland? I recently came across a few odd pieces of brightly coloured Lego amongst a box of 1980s Duplo. A bit of searching on the net revealed that between 1979 and 1989 LEGO released this colourful range with cartoon elephant heads. The range was aimed at those who had just outgrown Duplo but weren’t quite ready for the complicated, and often easily swallowed parts of the ‘grown-up’ lego sets. 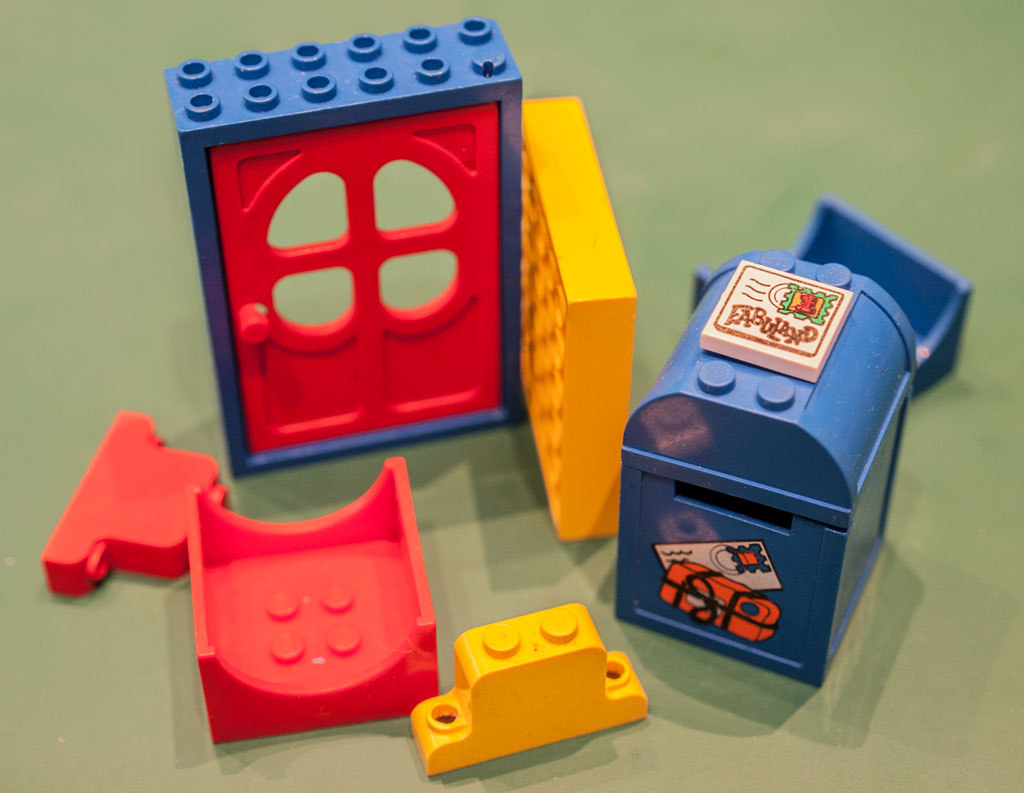 The Fabuland range had a range of named characters, each with their own role in brick society. These included Edward Elephant, Clive Crocodile, Hannah Hippopotamus, Lionel Lion (the town mayor), Dr.Dog and Max mouse. 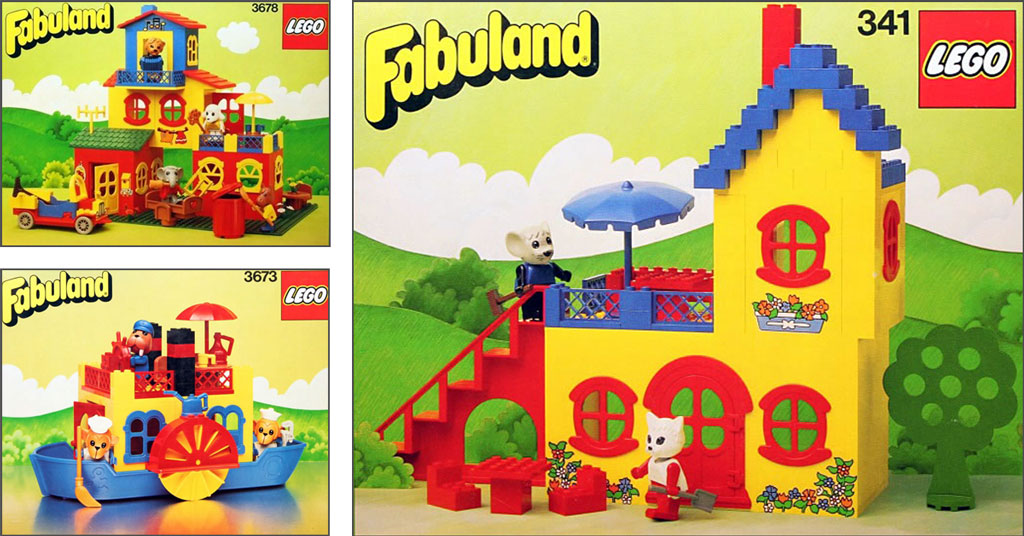 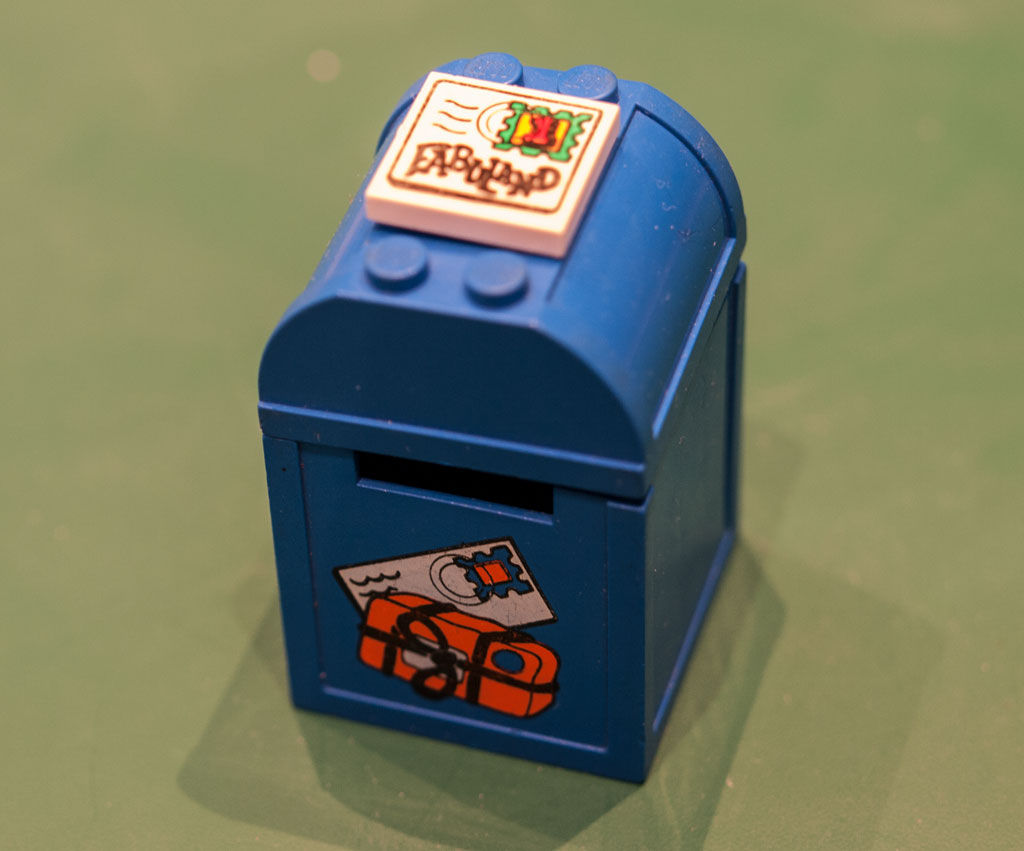 When I saw the pictures it brought back a related childhood memory, whilst I didn’t own any Fabuland sets myself, I remember owning two Ladybird books which had the same characters in it. Those books were from the Edward & Friends series and contained two stories each, Lionel’s car and Edward to the Rescue in the first, and Edward Joins the band and Clive’s kite in the second. 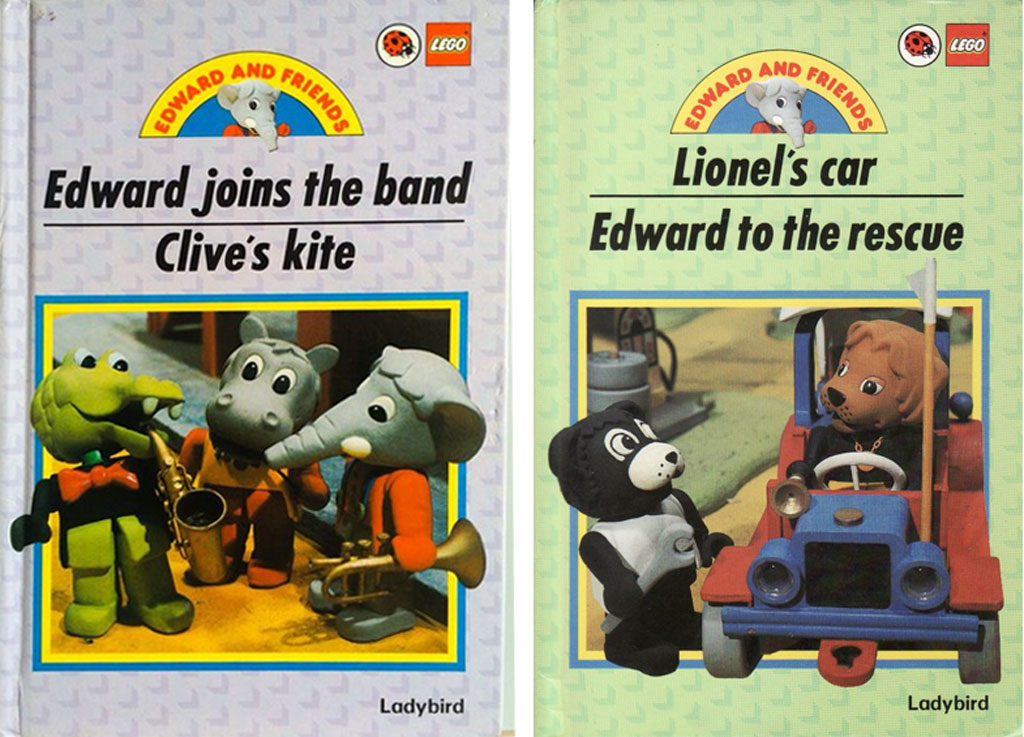