In the toy box today we have these chunky Lego Duplo characters dating from the late Seventies and Eighties. I’m sure they will be familiar to many of our readers, I recently found two of them in a box from my own childhood and the older two were donated to my family in a box of modern duplo.

First up we have this white cat, stamped 001 Interlego AG 1977, originally part of the Mary’s House set. 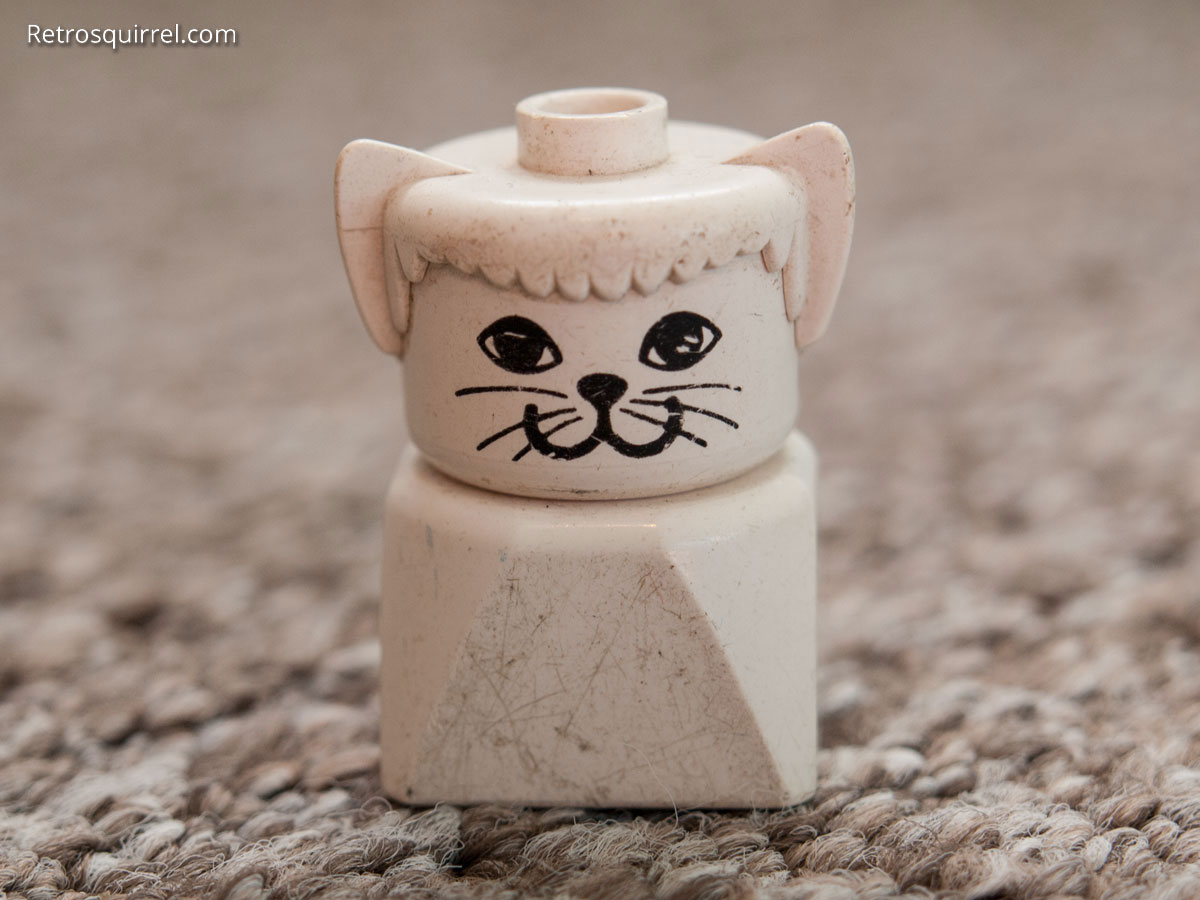 Next we have this taxi driver with a fine moustache and green cap, also from 1977. Originally he would have come as part of one of three sets, either 087 Taxi driver, 535 Taxi, or 2621 Tractor 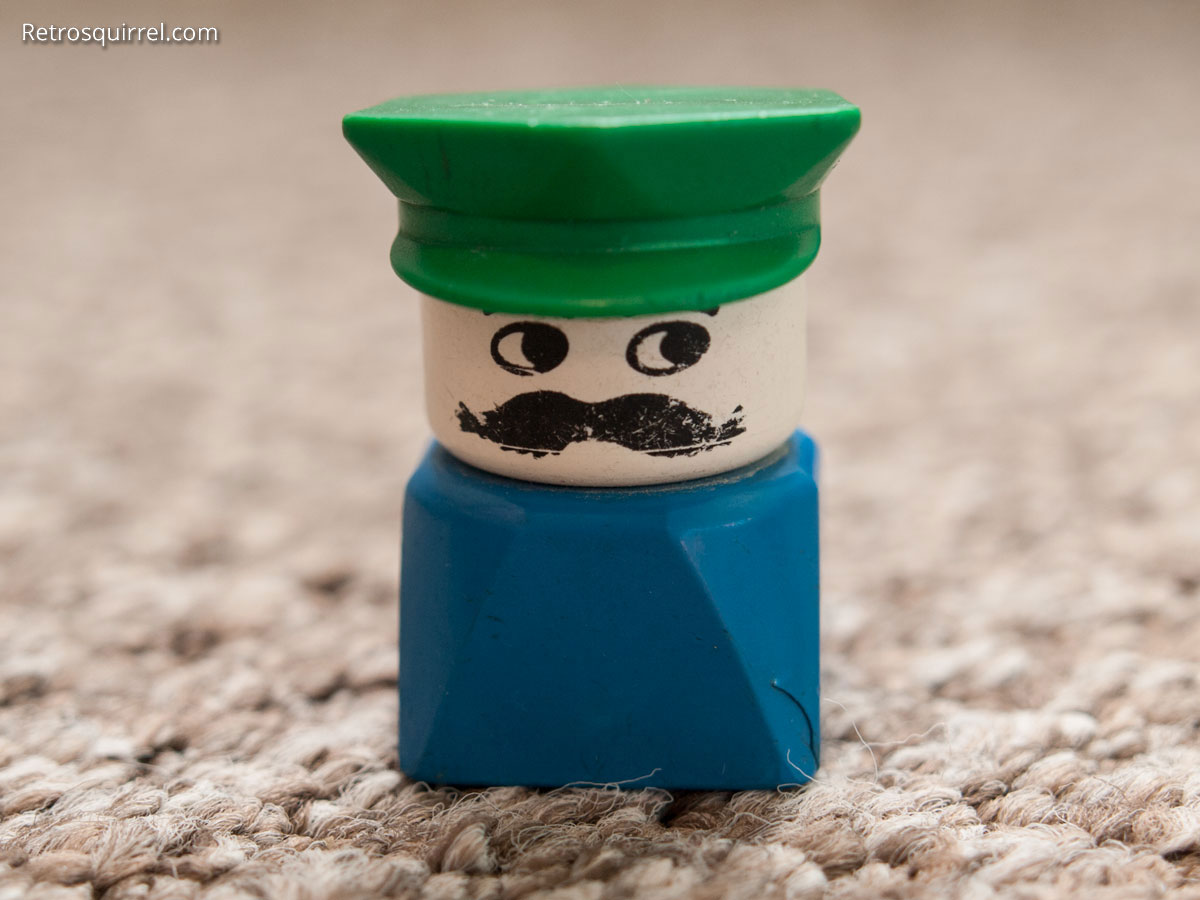 Now on to the two from my own childhood, it’s a 1980 cowboy with brown wild west hat, he came as either the Pony trailer set (Part: 2627) or as part of a vehicles set (Part: 1027). I think the Pony set is the likely one which I owned, I’m fairly certain I’ve seen a brown horse that probably makes up a second piece of this set. 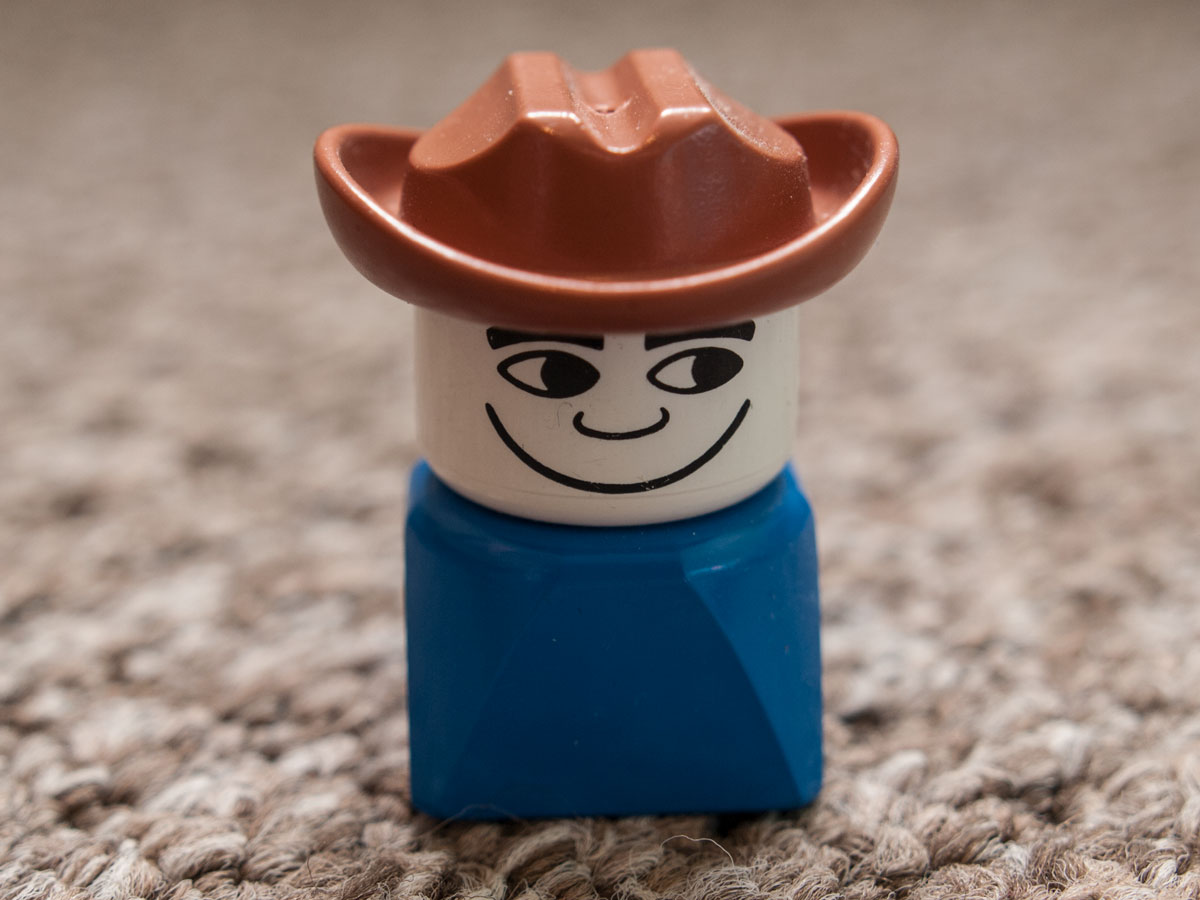 Lastly for now, it’s the 1982 red baron complete with flying goggles, he only came as part of one aviation themed set which was 2622-1: little plane. 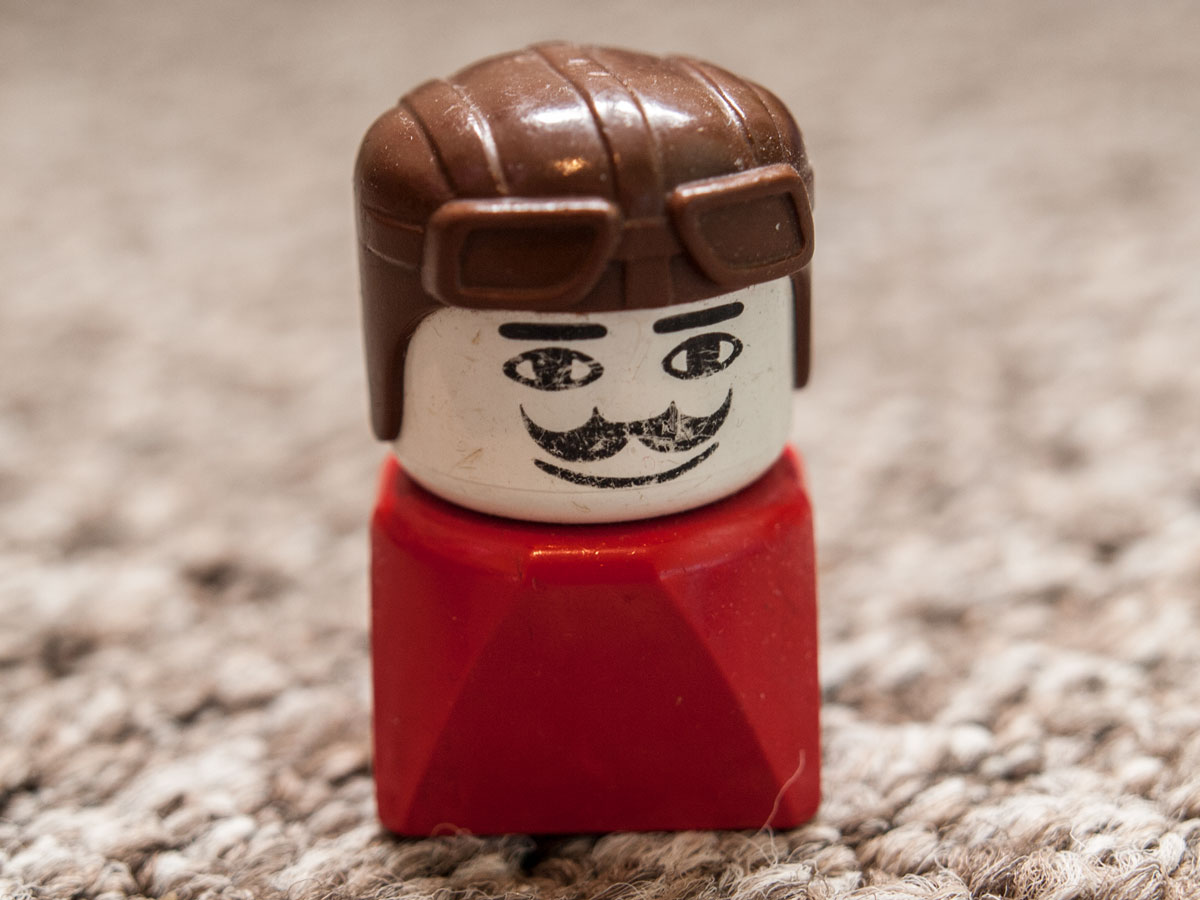