This bike build is a little different to the others I’ve completed. I’ll go back in time to set the scene. It’s somewhere in the very late 90s, and I’m riding about on a Raleigh Max, which reflects my budget and not the dreams I find in the latest issue of Mountain Biking UK magazine. I’ve upgraded a few bits slightly, but I’m limited by a quill stem and derailleur bolted directly onto the axle. A friend sells me a rigid steel Saracen frame and fork that had seen some abuse. I spend a lot of time stripping its dark red paint, and repainting it black with rattle cans. The new frame gives me 1 & 1/8th headset compatibility, and a frame attached mech hanger. I take my birthday money to Stiff in Leeds and come away with a RST 461 fork, not amazing, even at the time, but to me it was exciting to finally have a sprung front end. The bike saw many weekend miles, and even a few dirt jumps (which I was terrible at clearing).

Many years have now passed and the Saracen has long since been weighed in for scrap. A few of the parts live on including the forks (surprisingly good condition), and the STX-RC V-brake set that I bought at Blossomgate cycles after school. They’ve survived several house moves, and not seen a frame since that Saracen. Recently a cheap Kona Hahanna came up for sale with a stuck seatpost. It’s roughly the Kona range equivalent of the old Saracen, so I thought it would be nice to do a bit of a nostalgic build with some of the depths of the parts bin. The plan is to build something that’s close to the spec I originally had, without spending any further money on it. It’ll only see light track and towpath use with the kids, but it’ll be nice to give the parts a new lease of life along with the discarded bits from some other projects that have been upgraded.

To get started, I’ve dug out the 461 forks, and a WTB momentum headset that I knocked out of a ’00 Kona Caldera in favour of a Cane Creek Forty. The bearing races are in good shape, and a blast out with some GT85 and a regrease should keep them happy. 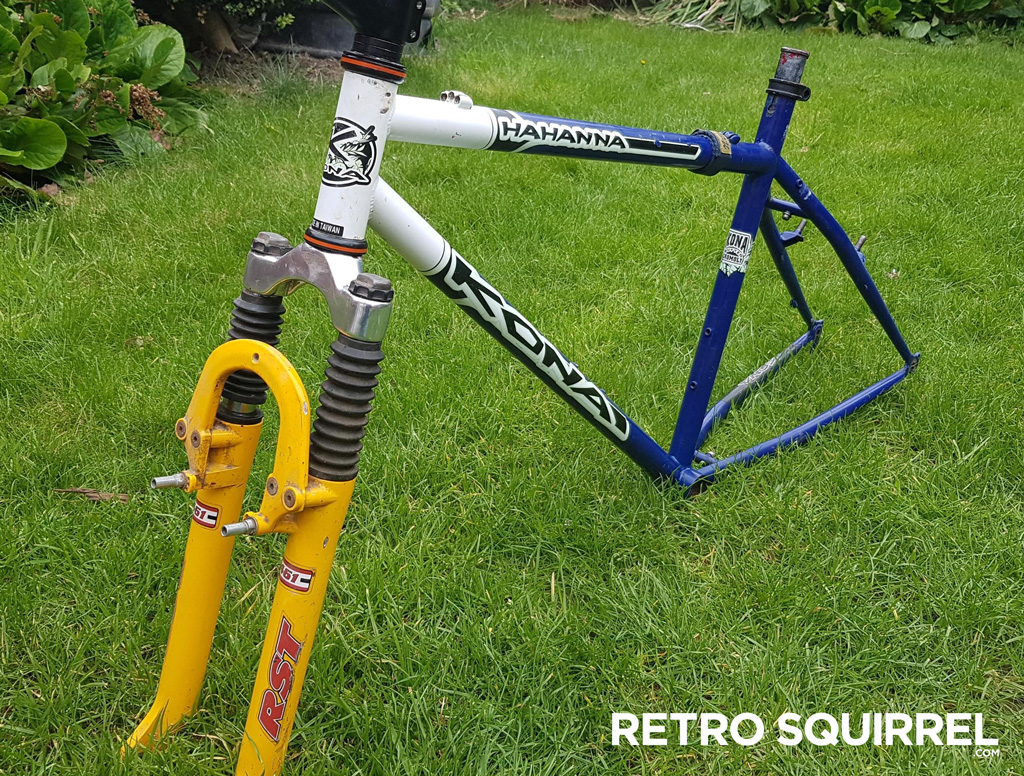 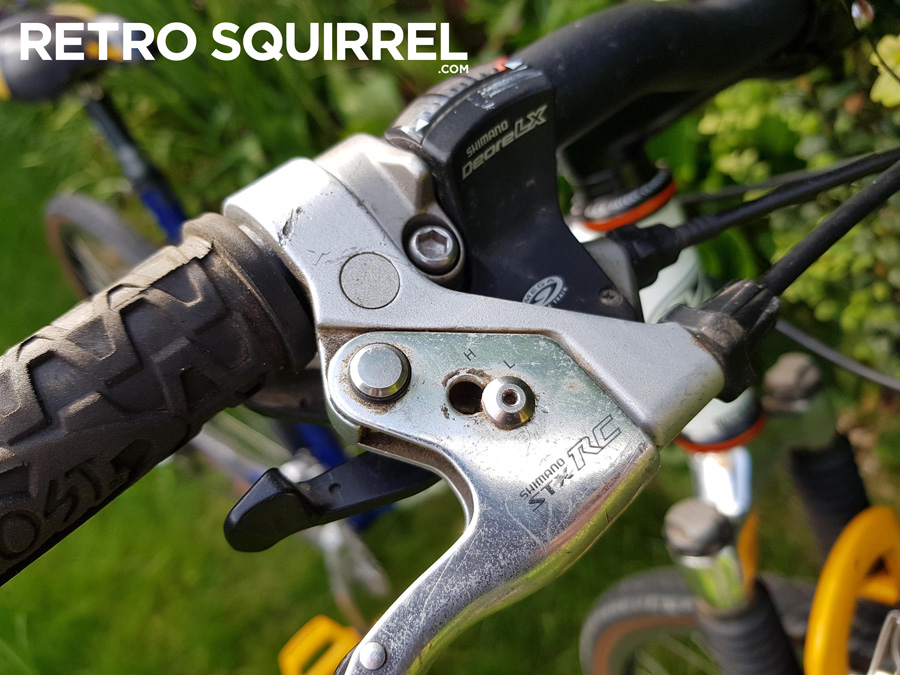 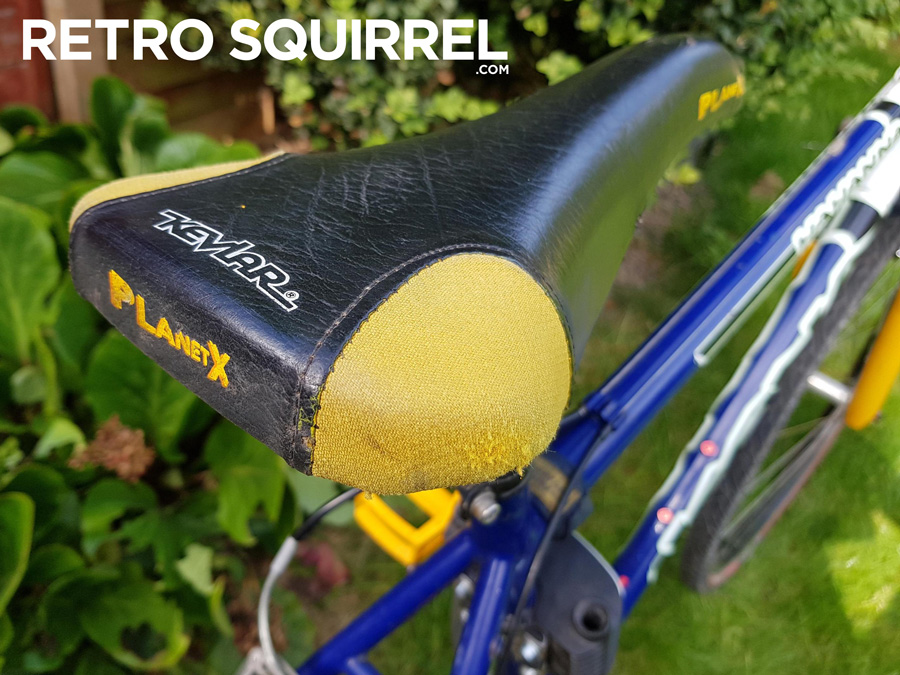 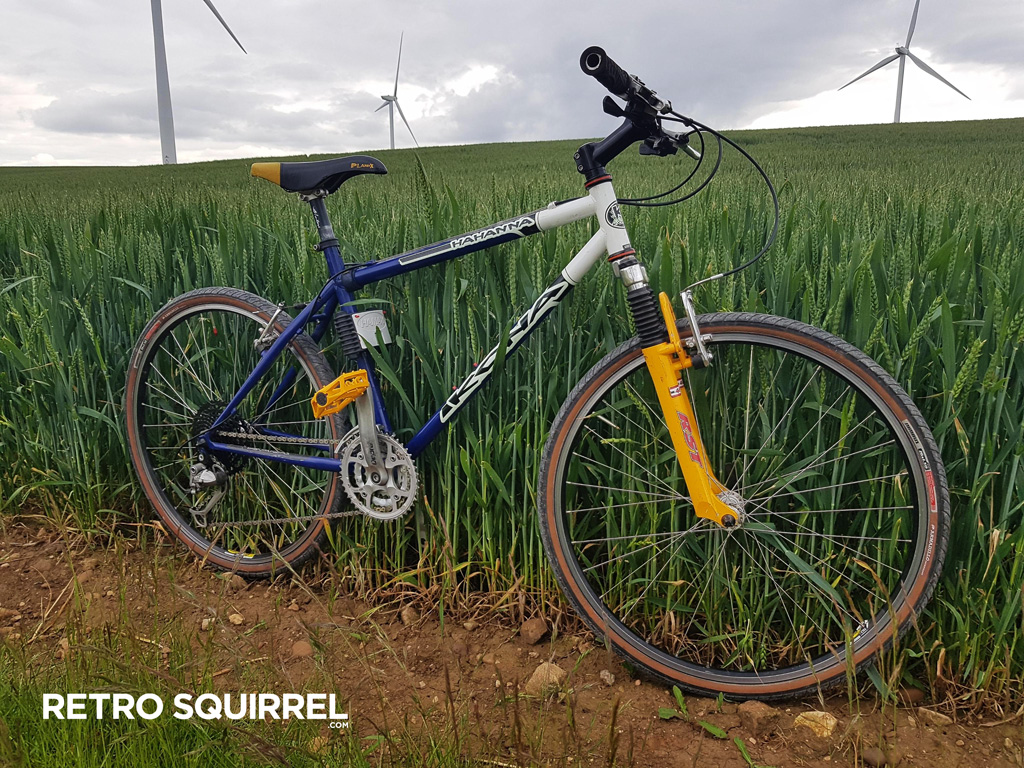