I was lucky enough to be given this 2000 model Kona Muni Mula by a friend. It’s one of the best years for graphics in my opinion, I love the stripe and two tone colour scheme, and the 2000 model stickers glow in the dark. This particular bike came to me because she’d put loads of miles on it, and it was in need of a huge amount spending on the original components. The whole drivetrain and headset were pretty shot, along with the front hub. The Z2 Forks also needed some new seals which are proving a bit tricky to get hold of. With this in mind, I didnt feel too guilty about giving it a bit of a ‘restomod’ with more modern parts. It’s the first year where Kona began to include a disc mount as standard throughout the range, well perhaps excluding a couple of the lower priced steel frames.

I like all my bikes to be ridden, and this one will be primarily used by my partner due to the small frame size.

The second iteration of this build was to add a few more Deore components. I went for a Hollowtech 2 chainset and hydraulic discs. This meant swapping out the old wheels Mavic v-brake X517 rims with deore hubs. The front hub was badly pitted, and new bearings and grease sadly didnt do much to save it. I’ll rebuild with a new hub and it will live on, just attached to a different frame.For now we are running some cheap and cheerful WTB rims with base shimano hubs. 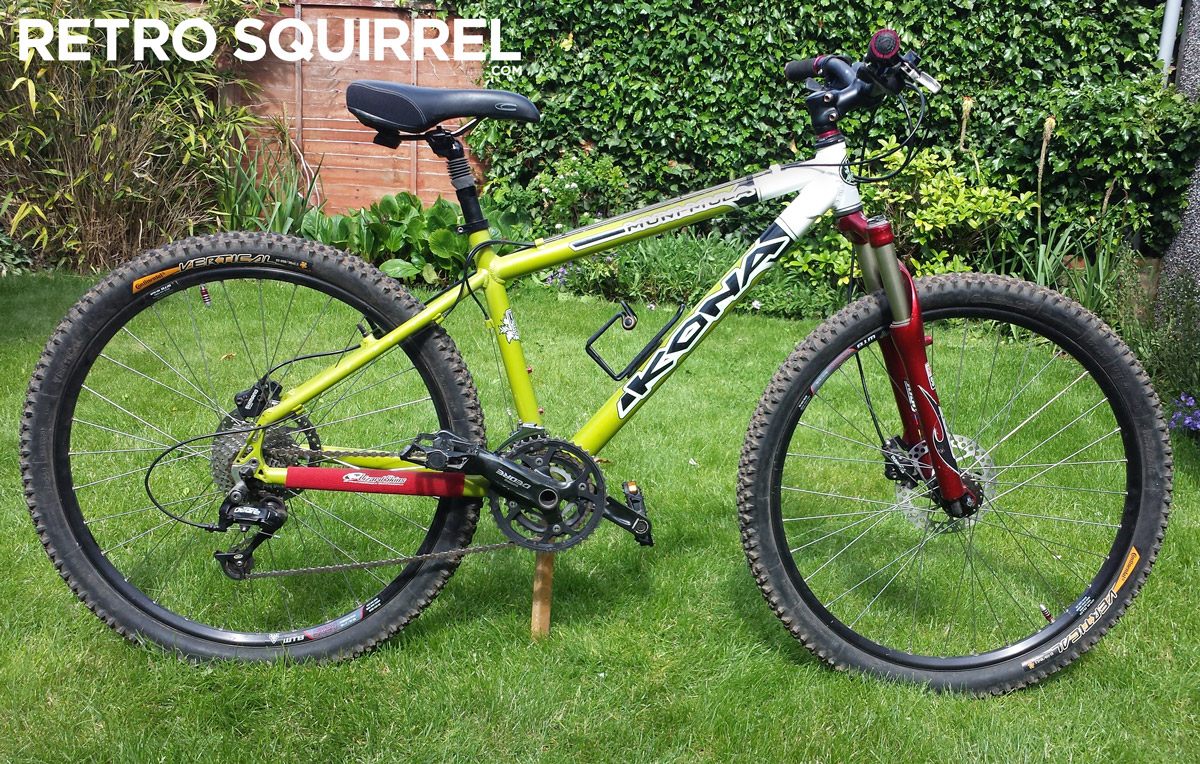