I’ve just picked up a ’99 Kona Stinky special edition frame that was released at the very end of production before the 2000 models came in. Unlike the standard 99 Stinky models, the RAD was manufactured using Easton RAD tubing as found on the 2000 Stinky and Stinky Dee-Lux. This frame has had a replacement seat stay at some point from a stinky five model, it would have been originally black rather than orange. The seat stays do suffer from a cracking problem so it could have been a warranty replacement, or the only one a previous owner could source to replace it. It’s my intention to return it to the original colour. 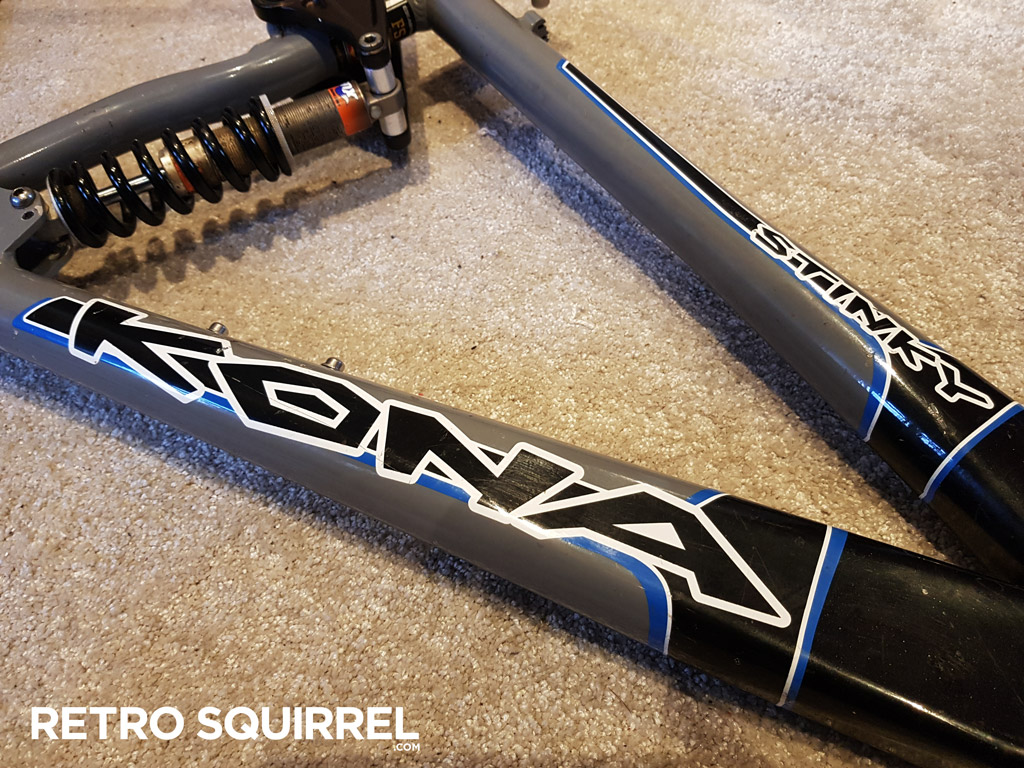 What is Easton Rad tubing

Easton describe their RAD tubing as:

“Easton’s RAD tubing (Reaper, RM6, RM9) is a unique product with immense capabilities. This tubing starts as a square section that is then shaped and tapered down into a round section at the opposite end. By carefully mitering the square sections and joining them together, a monocoque-like section is created at the head tube. This creates a frame with exceptional strength at the head tube area, allowing for dual-crown fork compatibility without adding heavy gussets. At the same time, Easton also uses its Taperwall technology to produce varying wall thickness on RAD tubes, lowering their overall weights and giving them the lively feel that only a butted frame can provide.”

In short, it means that the tubes are square at the end where they meet the headtube, but round/ovalled as they travel towards to the seat tube. 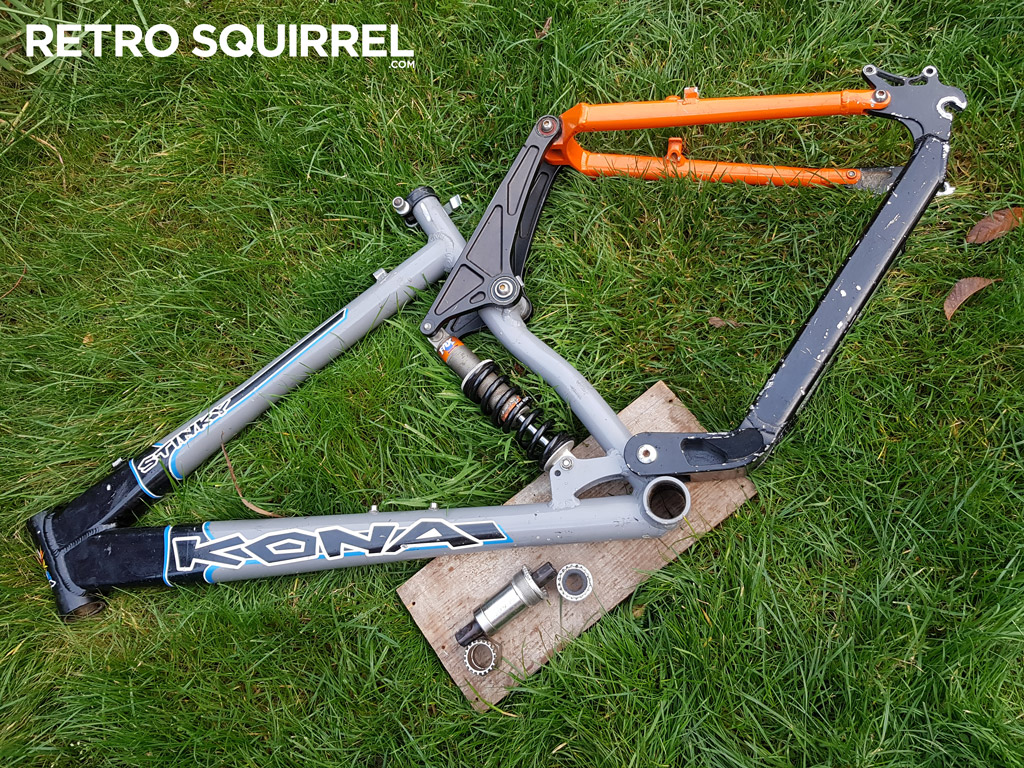 It’s my intention to build this up again, likely with some slightly newer/higher spec components than it had originally, apologies to all the purists. So far I;ve rmeoved the none original bottom bracket, which was loose enough that I barely needed any tools to get it out. The seat stay disc hose retaining fixing has suffered some past damage, so that will need a bit of repair before it can be returned to the frames original colour.